The Buteyko Method is a program of retraining breathing that provides sustained improvement for those with respiratory conditions. It consists of a series of safe, simple and effective breathing exercises, which restores natural patterns in the body systems resulting in dramatically decreased symptoms along with eliminating the need for medications. 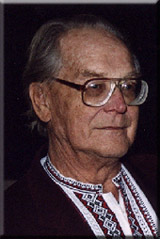 Developed by Professor Konstantin Buteyko from Russia, after years of scientific research, the Buteyko method  is based upon the standard medical principles of respiration, the normalization of breathing and the Bohr Effect.  Dr. Buteyko describes why people hyperventilate.  This is a self-perpetuating cycle which continues until reversed.  Learning the Buteyko method  provides people with the knowledge and skills to get back their health and their life. By following the program, disorders can be completely reversed, bringing natural relief. Dr Buteyko was decorated by the state for his contribution to the Soviet Space program; cosmonauts were able to stay in space significantly longer after learning the breathing technique. Athletes were trained in the Buteyko method  to enhance their performance and hospitals use the program as a first defense against asthma and other respiratory problems.

Patrick Heinnemann of Australia talks about the Buteyko Method

Who can use the Buteyko Method?

The program is suitable for children from 3 years of age up to and including all adults and seniors. Every type of asthma and degree of severity can benefit, as well as people with other respiratory disorders. The Buteyko method  has successfully been used to alleviate symptoms of:

How Effective are the Exercises??

An Australian controlled clinical trial evaluating the Buteyko Breathing Technique  showed that asthmatics utilizing the program were able to achieve a 90% reduction in bronchodilator or reliever medication and a 50% reduction in steroid medication. Preliminary results from a large (300 participant) placebo controlled trial taking place in Glasgow, show that of the active Buteyko group, 98% reduced their use of reliever medications and 96% used less oral preventive medication. No significant changes were seen in the placebo group who received conventional asthma management. Dr. Buteyko himself conducted several studies in Russia on various conditions, including one on asthmatic children. This open trial on 52 children was conducted over three months in a Moscow Children’s Hospital. All children responded positively to some degree with self reported improvements in asthma, rhinitis and nasal mucus. Children learned to control their own symptoms of asthma by using the breathing exercises. After 5 days; 73% were able to discontinue all medication and 15% were able to reduce medication.

The Buteyko method  system is a drug-free therapy for the management of asthma. It allows an asthmatic maximum control of their asthma while using a minimum amount of their prescription medications. The technique has been successfully practiced by over one million citizens of the states that comprise the former Soviet Union.  Originally developed in 1952, the Buteyko Breathing Technique  has been proven successful for more than 60 years.